Whether you are new to trap shooting and would like to learn how to properly shoot trap or any other clay discipline utilizing a shotgun; or you are a seasoned trap shooter, welcome aboard!

The sport of trapshooting is an old and exciting discipline, it made its first appearance at the 1896 Olympics in Athens and the current version of trapshooting was introduced in 1950. The International style of trap, also knows as Olympic trap or bunker, is widely disputed at major tournaments around the world such as Grand Prix, World Cups, Asian and Pan American Games, World Championships, and ultimately at the Olympic Games, while its north american variant is quite popular at the local and Provincial/State level as well as at the Grand American. According to the Amateur Trapshooting Association, trapshooting is the third fastest growing sport, in 2005 alone 54,208 members participated in some 6,275 registered trapshooting tournaments throughout North America. In total over 1,300 ATA affiliated trapshooting gun clubs threw 82+ million clay targets. According to the NSSA, 3.7 million people participated in Trap and Skeet in 1996!

The Trapshooting Academy, Canada’s premier full-time trapshooting school was established in 2006 and has been continuously operating year-round ever since.

Trapshooting Academy’s mission is to promote the beautiful sport of trapshooting (or trap shooting) in Ontario and across the country by providing excellent training and access to quality shooting programs and coaching resources for people of all ages, genders, and physical abilities in a safe, enjoyable and rewarding environment.

Since inception, more than 800 new athletes were introduced into the sport of trapshooting at The Trapshooting Academy and LearnTrapshooting Canada. Most are now competing at various levels, some of them with notable results such as (for an exhaustive list of result, click here):

We use the best facilities available; our professional staff will ensure a safe, yet full of fun introduction into how to shoot trap. Athletes at advanced developmental stages who require specialized trapshooting training regimens, benefit from comprehensive training programs, as well as coaching throughout the entire trapshooting competition season.

The fundamentals of shotgun shooting are very similar across all disciplines. Be sure to start the right way: avoid uninformed and often expensive purchases and the need to fix too many bad habits! Like with everything else, proper instruction early in one’s shooting career will ensure a gratifying, and progressive, positive experience while minimizing costs.

Please browse our entire website and read an overview of trapshooting, learn about its history and the different clay shooting disciplines such as trap, skeet, and sporting clay then be sure to contact us for more information about our shooting instruction programs and trapshooting clinics and to schedule your introductory session with our head coach!

Looking forward to meeting you, welcome aboard! 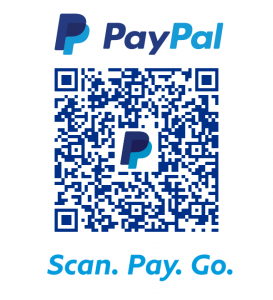